It has happened five times in the past 3 weeks. No exaggeration.

Two iphone screens. Two mugs. One antique bottle (which I bought from NYC).

Glass seems to be breaking all around me.

I know I am clumsy. But this feels like a joke. I am starting to wonder whether I am carrying around some bad ju-ju vibes or something.

The theme of glass re-emerged on Wednesday night. But this time in a more positive way. I had a dinner date with my grandfather (Papaji). He was to ‘fit me into his packed social schedule. He is actually the coolest (to find out why – read this)

I love the predictability of going to Papaji’s house for dinner  – A glass of red, a vegetarian Indian meal, bailey’s ice-cream/strawberries & cream for dessert. In that order. Always.

However, after dinner this week instead of immediately tucking into dessert, he started showing me ‘objects’ and some of my grandmother’s things he had found after she passed away. One of which was a gorgeous blue glass vase….

It had the most beautiful story behind how it had come into his hands (see below) (NB:- Aaji what I called my grandmother):

I have a fascination with coloured glass vessels. I have decided to start a collection. I purchased two (one broke) in NYC from the most remarkable man. In a nutshell, Scott Jordan grew up on Long Island. As a bored kid, his dad made him a sieve and he spent is afternoons and weekends ‘digging up treasure’. After finishing school he followed his passion and became an Archaeologist. He spends his time transforming discards of New York City into artifact art. Read More Here (http://www.newyorkartifactart.com) 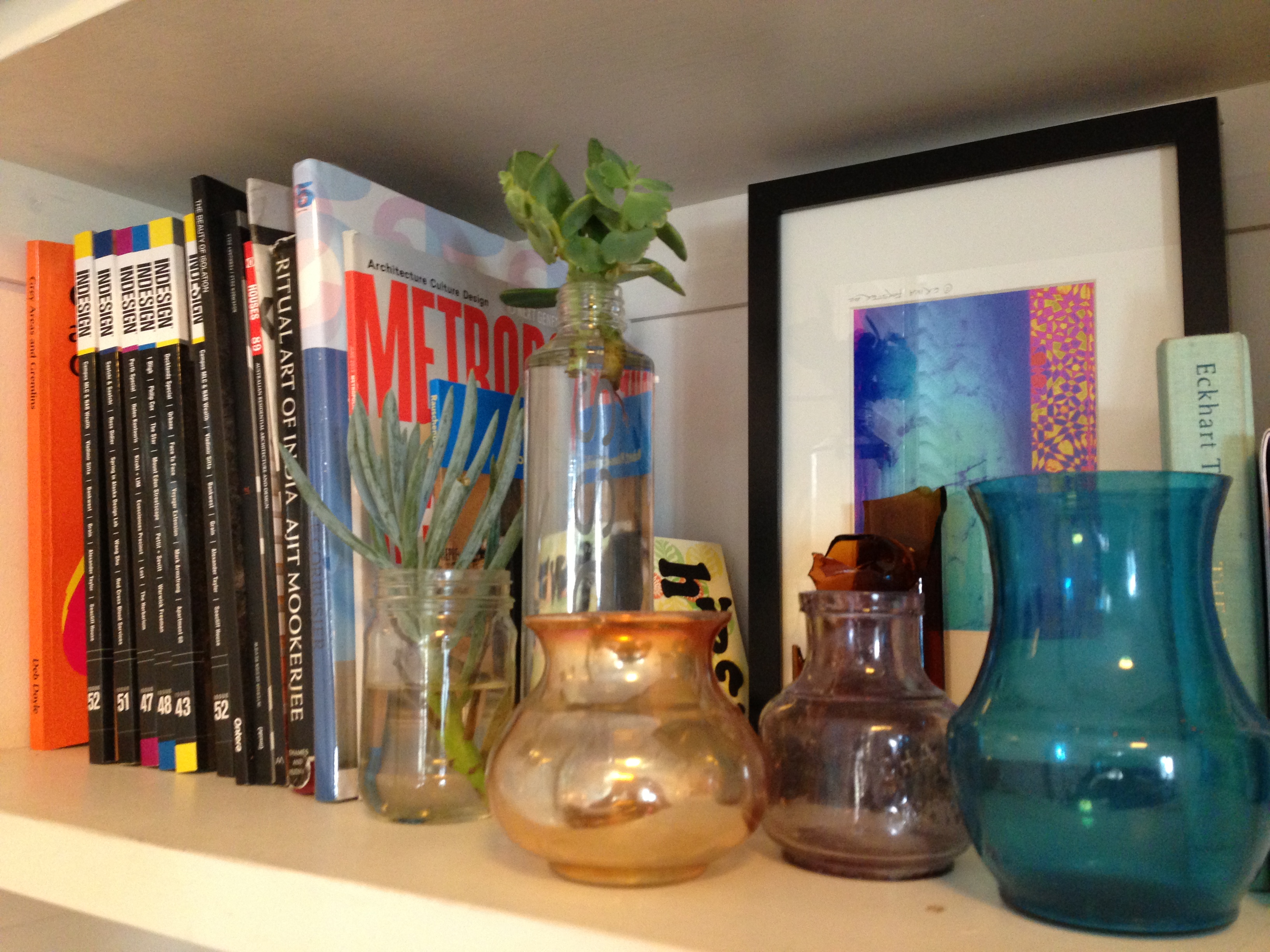 Each of his items comes with a handwritten card outlining where the piece was found & the time period it came from.

I love the ethereal nature of glass. The transparency. The buoyant quality. The simultaneous reflection and absorption of light. I have decided to be very discerning with my glass vessel collection. Each piece must have an engaging ‘story’ – whether it be the process of which it was created, a past owner to the historical context in which it derived.

Have a look at the images below…they are my point of inspiration for my ‘collection’…. 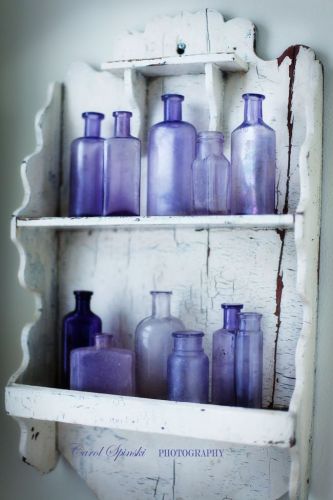 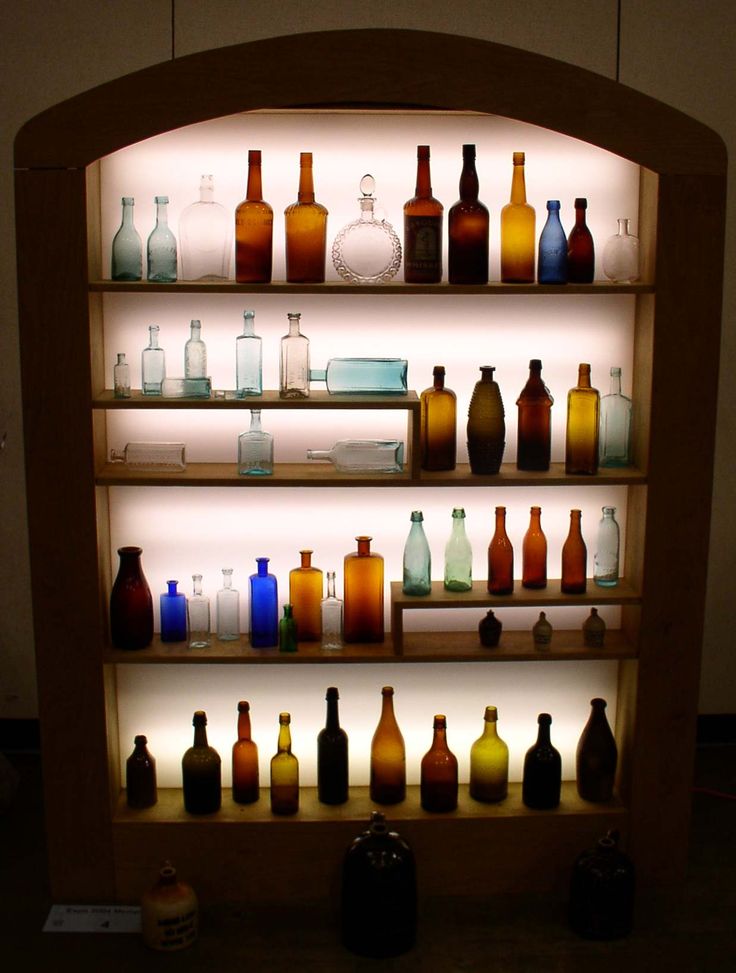 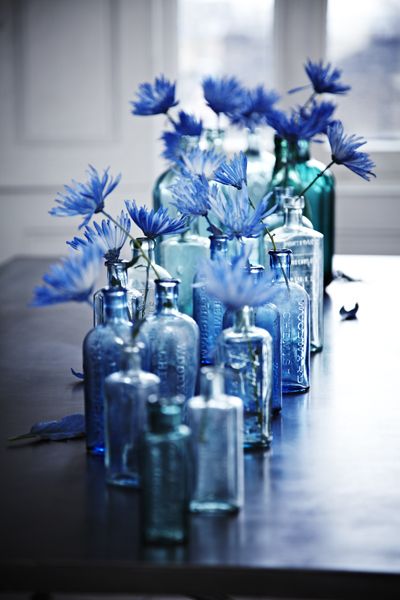 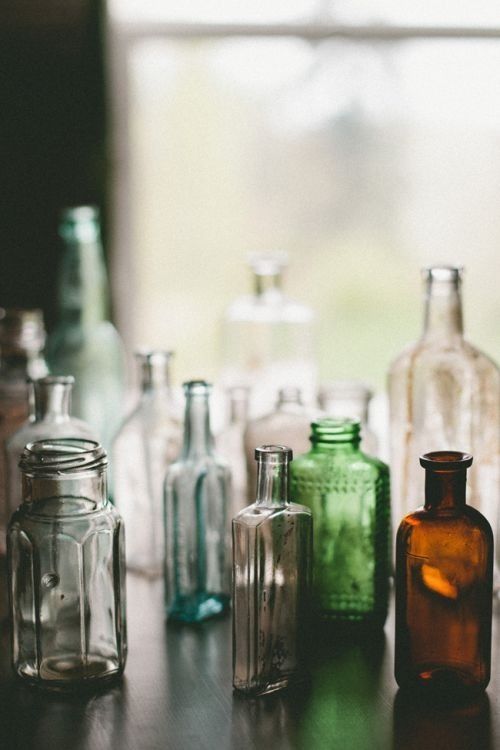 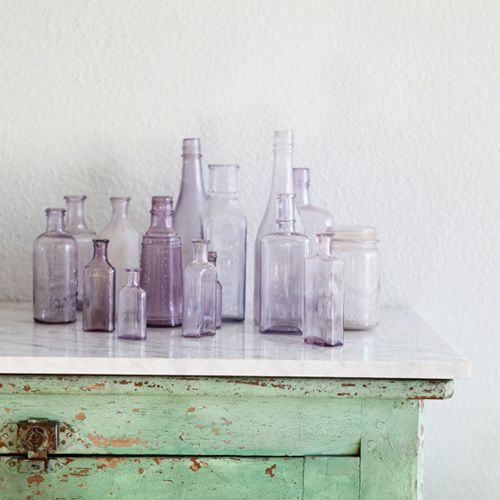 (Image via The Great Gracie) 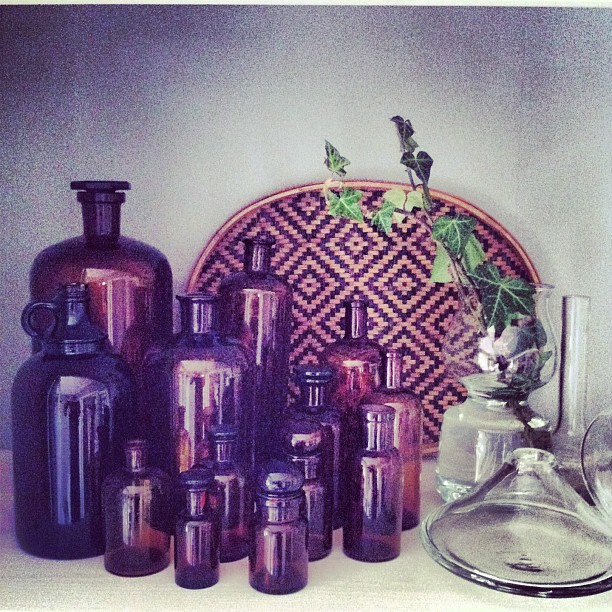 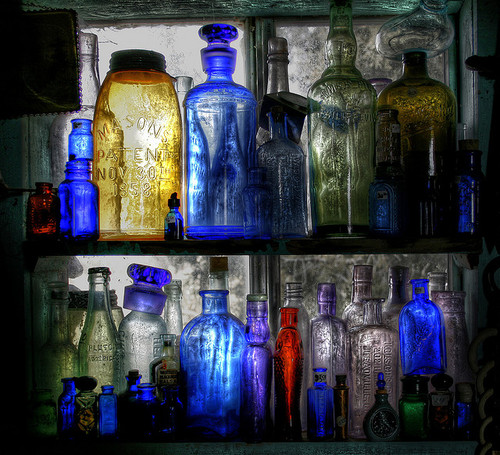 Hope you have a great Sunday Night.