………Waves crashing over my entire body.

Today was a momentous day. I completed my very first ocean swim. My friend, Clauds ‘signed me up’ a week ago. No time for training. No time for pre-race preparation. However, there was time for carb-loading (….like I need an excuse…). There was also time to purchase a long-sleeve rash vest…and yes, I wore it. I can not afford to get another shade darker.

I have always believed that indians lack ‘buoyancy’ (See my post on ‘indian buoyancy’ here). I do wish to disrespect indians, but I do believe we ‘built’ for land activities. But, today I defied all my pre-conceived notions and proved…that we are buoyant.

Admittedly, I did had a minor panic attack. For 300 metres, I literally couldn’t breathe properly. I was gasping. Gurgling. Half crying.  In between each gasp, I was cursing and telling myself this was how I was going to die. Sounds dramatic …but  given my ‘situation’ it was totally justified.

At one point, getting rescued by an attractive surf lifesaver on a jet-ski seemed like the only sensible decision. The waves made me feel like I was in a washing machine. Every time, I tried to take a breath…another wave punched me in the face.

BUT, I was determined not to be ‘rescued’. As my panic attack started to get worse, I suddenly realised that the ‘struggle’ was all in my mind. I would have to mentally ‘soothe’ myself…if I wanted to finish/survive.

I commenced practicing my yoga breathing and made a quick decision to engage in positive ‘self-chat’; “Come on Nix, these waves are like a metaphor to your life…stop resisting and just move forward”. …”Come on Nix, you have survived been dumped before..this is just a bit of water…just keep going”. My thoughts began to mimic the water….deep and intense.

Admittedly, I swam breaststroke for the majority of the race… but as my confidence grew \ (in the last 200m), I slowly transitioned into doing freestyle. It felt good.

Admittedly, I had real trouble getting back to the shore. I got dumped at least three times. My swimming cap came off. I then realised… that my legs could actually touch the sand. Highly awkward. So ….I just used my legs to walk out.

To top off the whole experience, the MC announced my name on the loud speaker…”Congratulations, Nikita Sheth”…(apparently with the new microchip  technology displays your name on a screen).

I immediately spotted my friend Clauds. We hugged, fist pumped the air and… I shed a small tear from the emotional trauma, exhaustion and relief that I had actually made it to shore.

AND admittedly, I haven’t taken my medal off all day. I am going to even wear it in the shower.

It will be a long time before I EVER do anther ocean swim …but for now, I am just happy it is another item ticked off my bucket list.

Waves. They can help you ride to shore. They can assist you. They can propel you forward. They can be full of possibility, hope and elation.

But that is the beauty of waves, you never really know the amount of force they will deliver. Waves are unpredictable in shape and form, yet they all have an undulating quality. They all embody the fundamental forces of energy. They can be soft and peaceful or energetic and forceful. No two are ever the same. They are the ultimate earthly frontier.

It is no wonder that waves have been such a source of inspiration to so many architects around the globe. Look at these beauties… 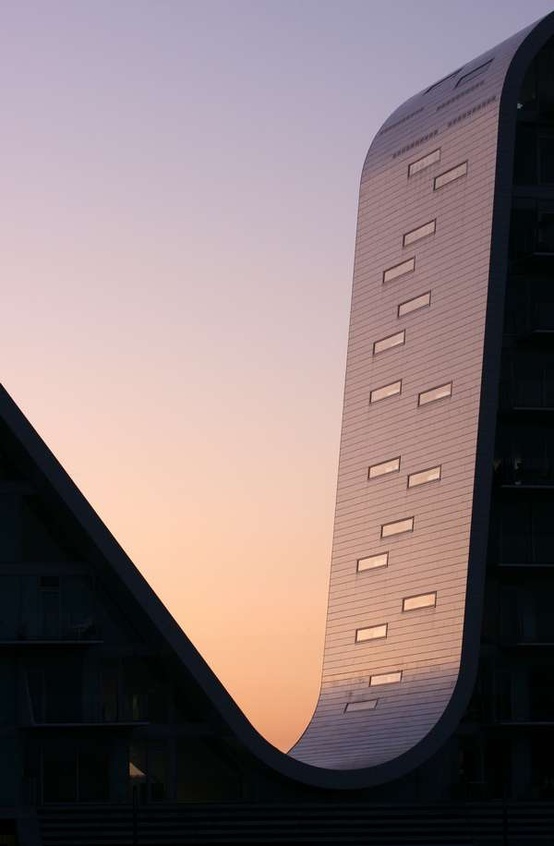 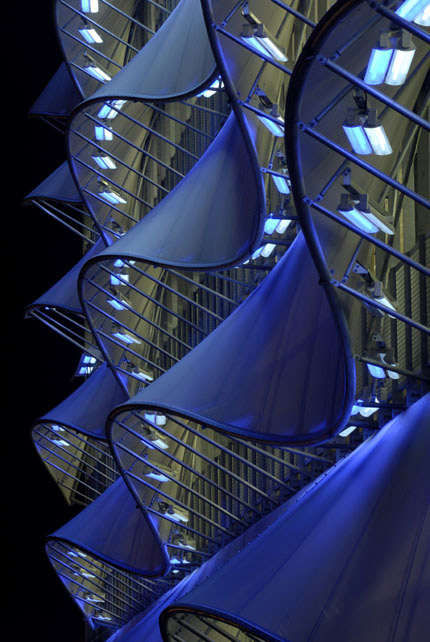 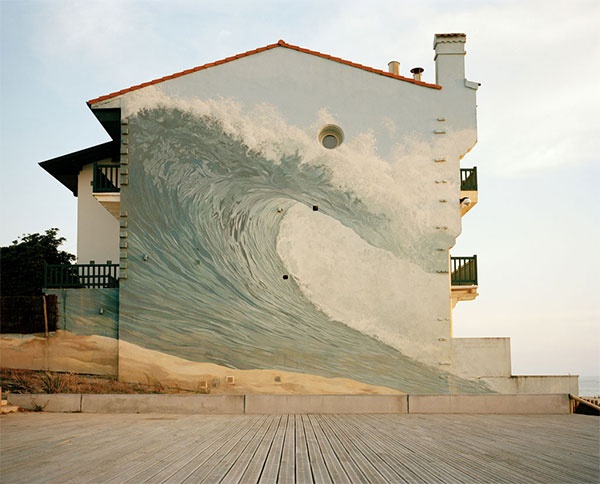 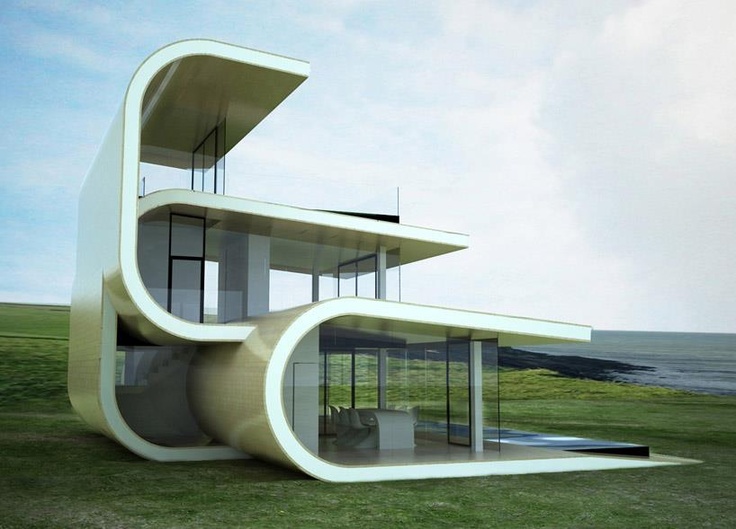 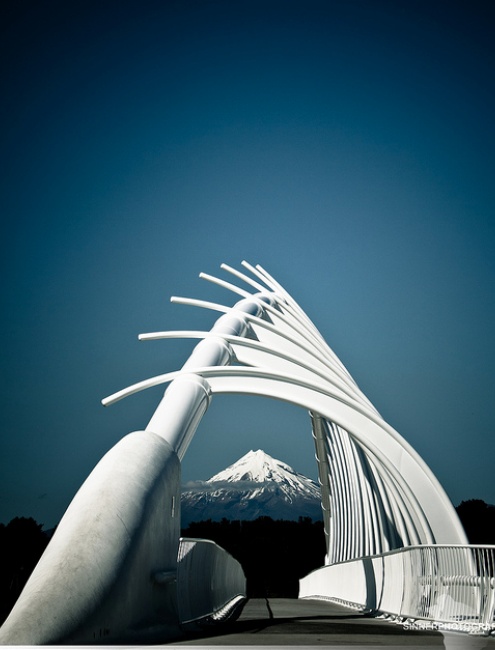 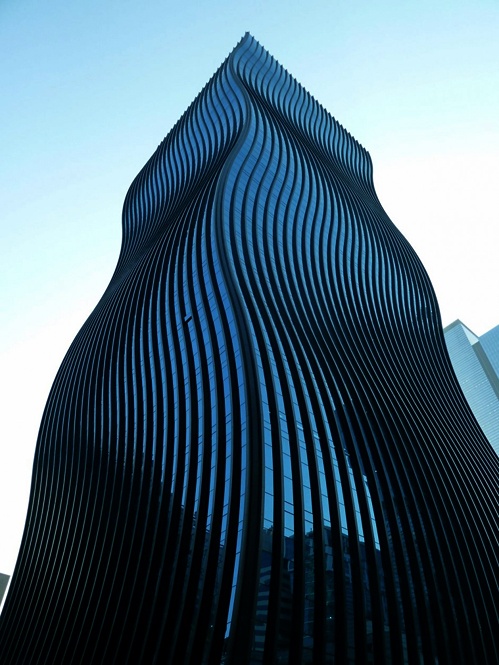 And here are a couple of wave-inspired interiors… 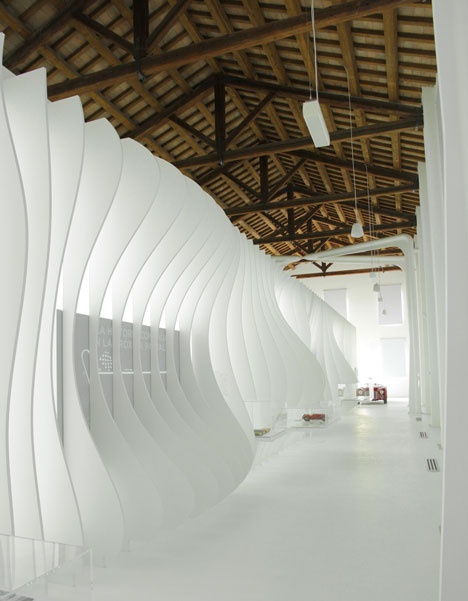 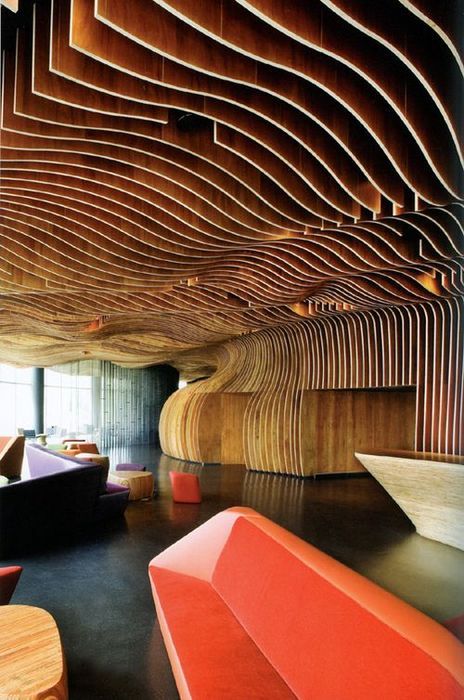 ..and remember if you get dumped, just pick yourself and ride another wave back to shore.