The plan was to meet my friend at her house and then walk up King street together to grab a coffee.

Her house is located in cute lane way in Newtown (opposite the kitchen of Dominos Pizza).

Her house does not technically have a front door (the front segment is commercially-leased out and is currently a beauty salon).

Her house does have a high back gate (comes complete with tangled barbed wired).

I scanned her back gate for an electric doorbell. An intercom. A old school bell. There was nothing.

My phone had died. It was 30 degrees.

So, I began yelling out her name…loudly. I repeated this for 3 minutes. No response. I decided to change my strategy and commenced thumping the gate,  first with my hand….then with my foot. No response. I then decided to try and climb the fence. I did a running jump (spider-man style). But there was nothing to grip onto. I fell to the ground. My skirt was up near my face.

The domino’s pizza delivery man came out of the kitchen, looked at me quizically and asked; “what the hell are you doing?”. To which I responded, “my friend lives in this house, my phone is dead, I’ve tried calling out and I’m not sure what to do next….”. He told me to try and walk through the beautician. Genius.

I entered the beautician and awkwardly explained my ‘situation’. She allowed me to shuffle through the salon. I smiled at a client who was getting her laser treatment done and exited into my friends back garden.

Still…there was no doorbell or sound mechanism to alert her attention at her back door. I yelled her name some more. Finally after 5 minutes….she came down, “Nix, you are late…where have you been?”.

Sweating. Frazzled. Thirsty. I just stared at her…”No coffee, we are getting a bottle of wine”.

I guess, this whole situation made me realise the way the mobile phone is increasingly replacing the doorbell. When waiting or aproaching a friends front door…you just call them. Alerting that you are out front. It is only when you go to a stranger’s house that you really need to have a door bell in place…otherwise you just call.

There are even phone apps which you can ‘answer’ your doorbell remotely.

It makes me a little sad. I remember when I was growing up (the days before phones), when people would ring the doorbell and my sisters and I would race to the door, so curious to see who it was. The suspense. The mystery. I also remember this one time, when my dad was tinkering with the door bell wiring and set it off….for 45 minutes (no exaggeration) our doorbell was on repeat. The dogs were going crazy. Mum was yelling at Dad. We were yelling at Dad. Poor Dad. Four girls just staring at him and telling him to fix it.

My guess is that it will not be long until even doorbells are completely redundant. People use their phones to call.

Doorbells are a part of the home that often get ignored and forgotten. Many homeowners simply inherit the doorbell choice by the previous owner or home builder and never think to customise or change it. Whilst it may seem like a trivial item, it can be embraced to reflect the homeowners personality or aesthetic.

The electronic doorbell was invented by an American Scientist, Joseph Henry in 1831. Doorbells have evolved from buzzers to musical chimes in the early 1900s. Musical chime doorbells even emerged as a popular fad in the 1930s! Today in Australia, majority of homes either use an electronic bell or a solid brassknocker. From a personal perspective, I prefer the look (and sounds) of old-style bells.

Whilst, they may not have the accoustic quality or technology to be ‘heard’ throughout the whole house, I believe they are the perfect addition to the front door. I love the simple mechanics that require exertion of human energy to create a rich and vibrant sound.  In a world where we are constantly surrounded by gadgets, touch screens and electronics I believe that there is great value in the physical act and the ritual involved in ringing a bell. Admittedly, I am such a nerd…but I always get excited when I see a vintage cow bell or an East-Asian ‘gong’ instead of the stock-standard door bell. It is the perfect way to foster a positive experience when arriving at someones front door. It is a bit of a shame, that the traditional mechanical bells have increasingly been replaced with the electronic version over time.

Bells are beautiful. Aesthetically they embody such a strong form and shape. Vintage bells symbolically represent a certain historical period or culture. Without human touch, they remain silent. But with it…they come to life and create vibrations that sing!

Have a look at these beauties… 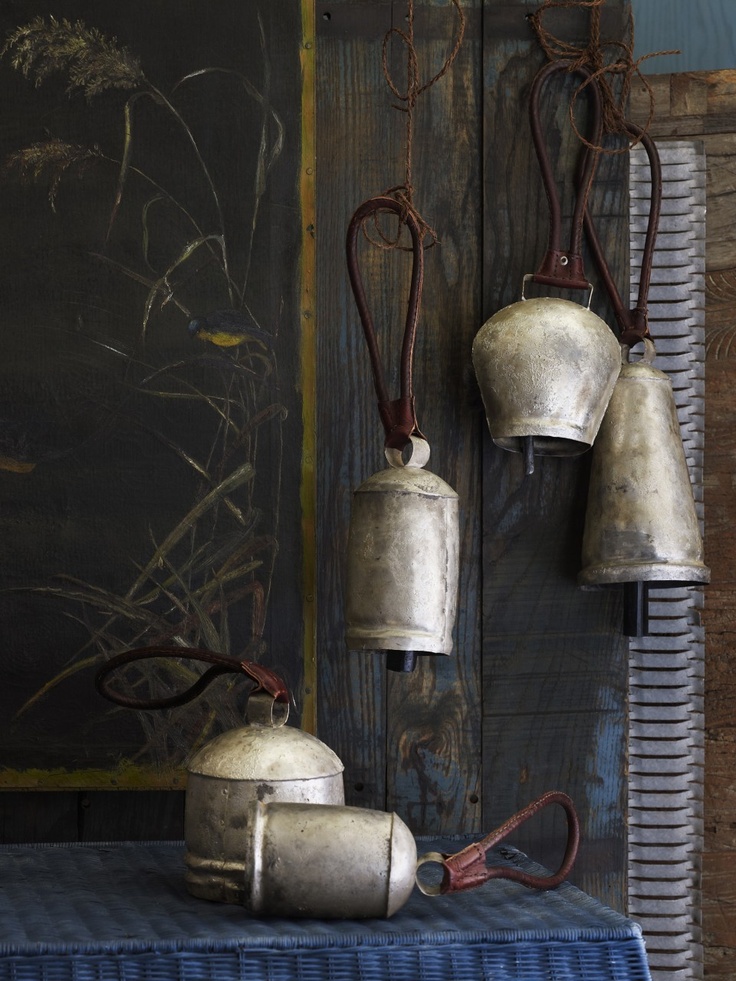 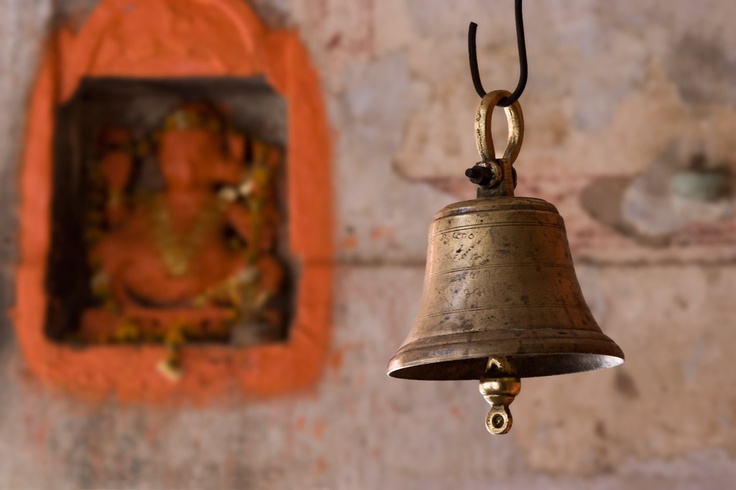 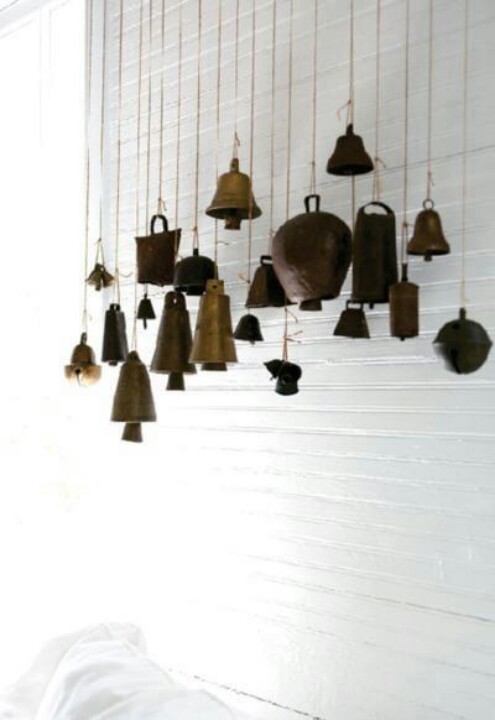 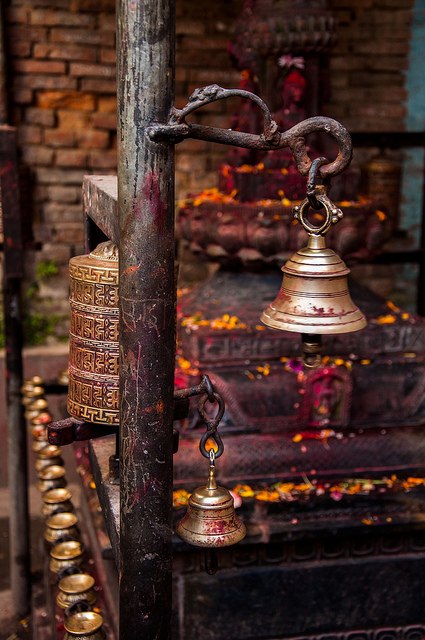 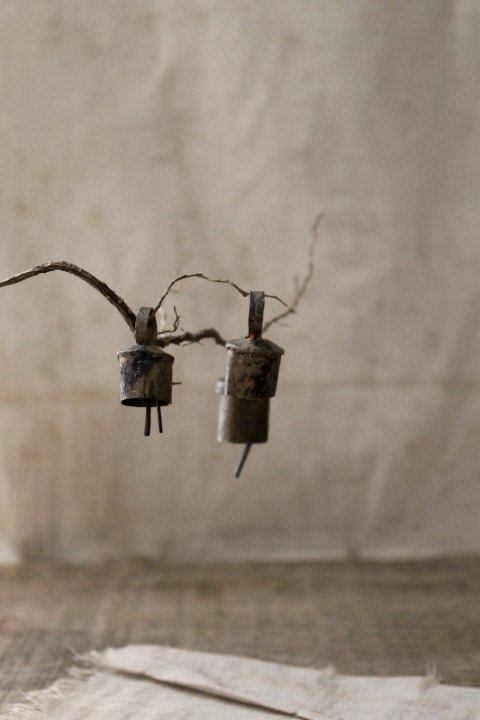 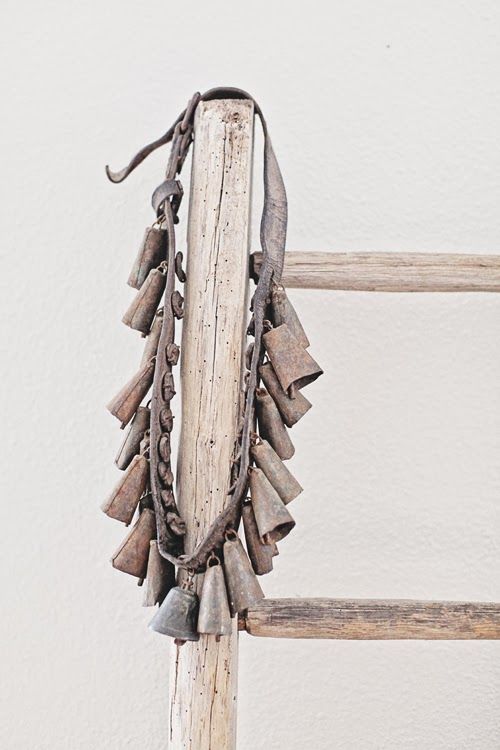 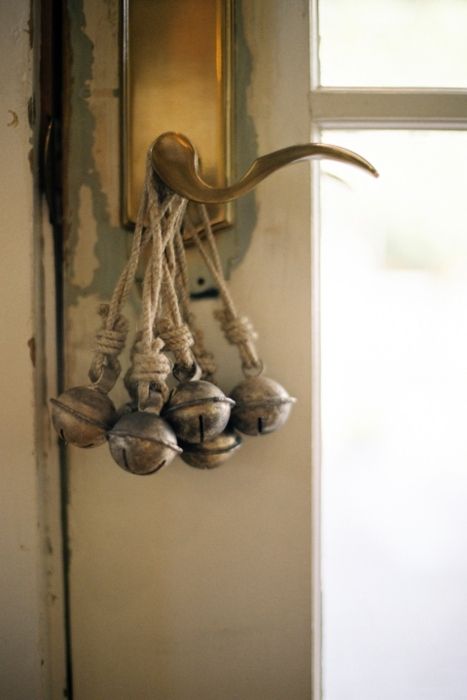 Take a good look at your door bell..what does it say about you?!